But my being late is always accompanied by good communication and updates to my arrival, if it’s any consolation.

And it should be.

I never feel good about being late, although I do feel that my nonchalant approach to “keeping time”  during a meeting with ..everyone, does make up a bit for my delayed arrival.

At any rate, all of my clients have been cool and understanding regarding the issue, with the exception of just a few, up until this point.

Nearly two weeks ago, I met with someone who Ive always readily said I wouldn’t meet with. A owner of a mammoth amount of reviews on TER, and a notoriously low score-er (his median score seems to fall at around a 7), he wasn’t worth the risk.

Come the beginning of March, he initiated conversation via email, and after several emails back and forth, I agreed to meet him on his next visit to LV. Between the time of his inital email to when we finally met, there was plenty of back-and-forth banter, friendly shit-talk, and flirty chitchat. He, too, is a fan of the 420 and as always, I was more than eager to bring something for the both of us to enjoy.  He wanted to meet for 1 hr sometime after 1130pm, which quite frankly, isn’t something i’m going to bend over backwards to make happen. But in this case, it happened to work out, so the timing was agreed to.

Was I late? Yes. Of course.

Was I being informative of the fact? Absolutely.  And at that point he conveyed to me that he wasn’t even at the hotel he was staying at, and discussed meeting at approximately an hour to an hour and a half  from that point, and for me to get back to him about 20 min before I was to be at his hotel.

Okay. Yea. On top of the extra 90 min, I was 15 min later (also relayed through good communication) than I was *supposed* to be. It wasn’t like this guy was waiting for me for nearly two hours in his room. He wasnt even in the same hotel he booked his room at, and in fact, was over 2 miles away gambling at some place different. I arrived at the hotel, bought myself a drink, met him, and went upstairs. Everything went great as it typically does. I stayed way over the time he booked (nearly an hour and a half longer), and he certainly would have taken more of my time had I not insisted that it was indeed, time for me to get home.

Once I was back home and settled in, I noticed that the payment he provided me was in fact quite short, and certainly not what my hour rate is listed at -anywhere. I texted him, but made light of the situation, and he related how truly sorry he was for the misunderstanding. Although, I did notice that he had mentioned earlier that he would be in town for another 3 days, and was at this point, mentioning he’d get me the difference on his NEXT visit to Vegas. Whatever. I realized at this point that he had no intention of ever getting me the difference, and probably was aware of the “shortage” in the first place. I told him not to worry about it, and that was that. 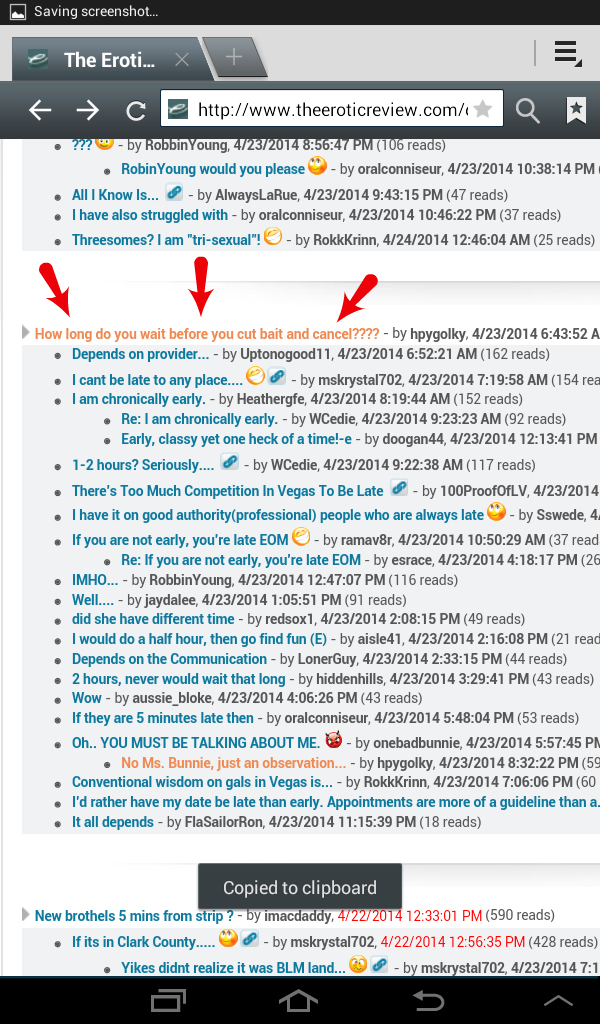 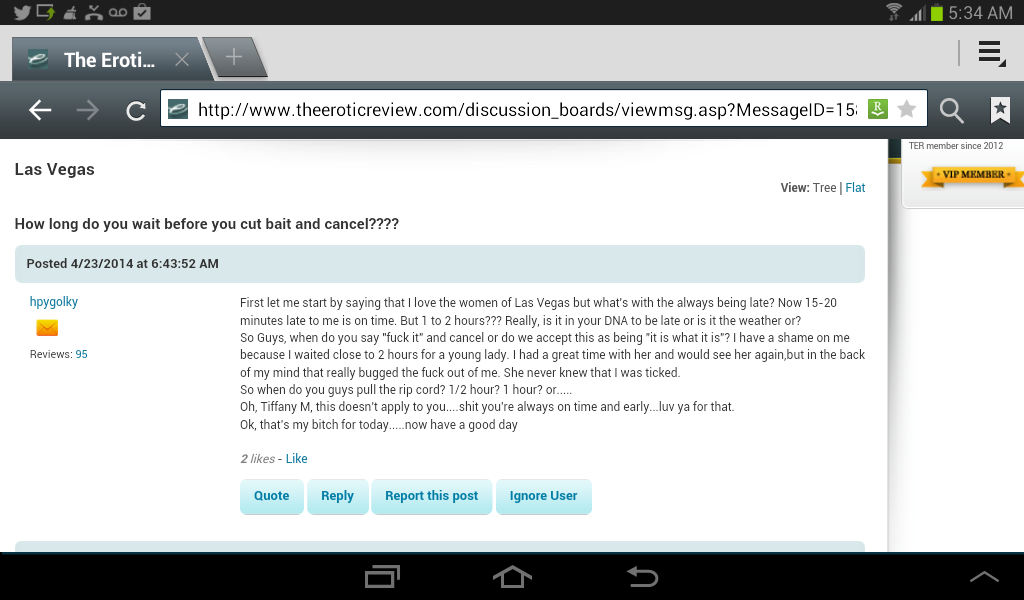 You’ve got to be fucking kidding me.

There’s no doubt in the world that he was talking about me.

So..after accepting 90 min of my time, in addition to the single hour he paid for.. ON TOP of him shorting me for the hour that he was supposed to pay for, this guy goes and does this shit. Runs to the boards. Two weeks after the fact.

The nerve of people, I swear. 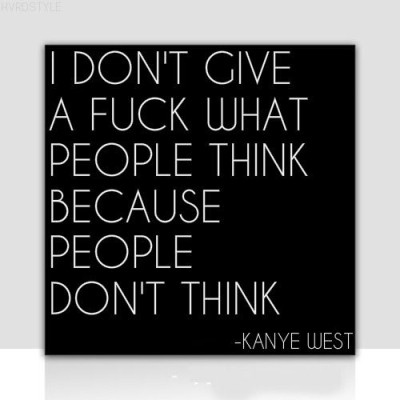 He never did admit that he was referring to me when confronted about it, and responded to my response by acting like I was being paranoid to his “blanket comment”.

You know me –  I never learn my lesson. Although I do honestly hope to be able to gain control over my constant tardiness.. and it’s an ever-ensuing effort.

And I’ve learned to trust my gut. My gut infers well. Go with the gut. ♥

HPYGOLKY.. we’ve waved the white flag, and have come to a mutual understanding.

And yes.. your post was still referring to me. =)